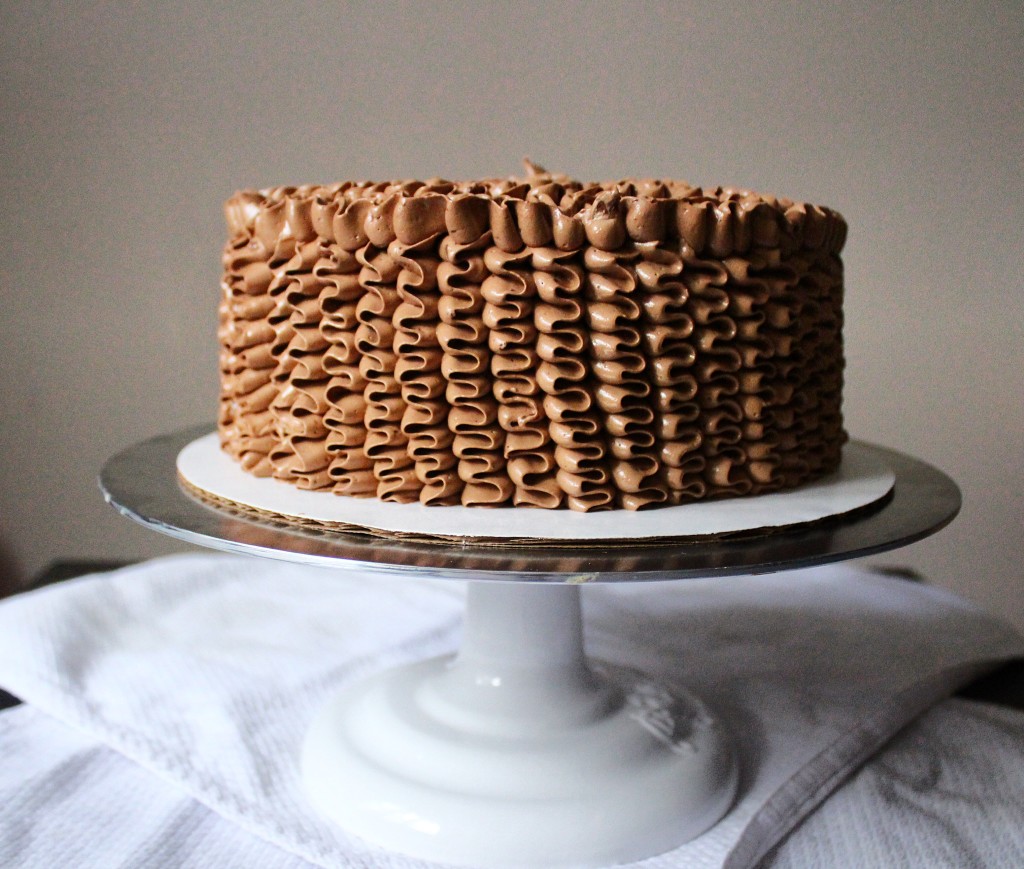 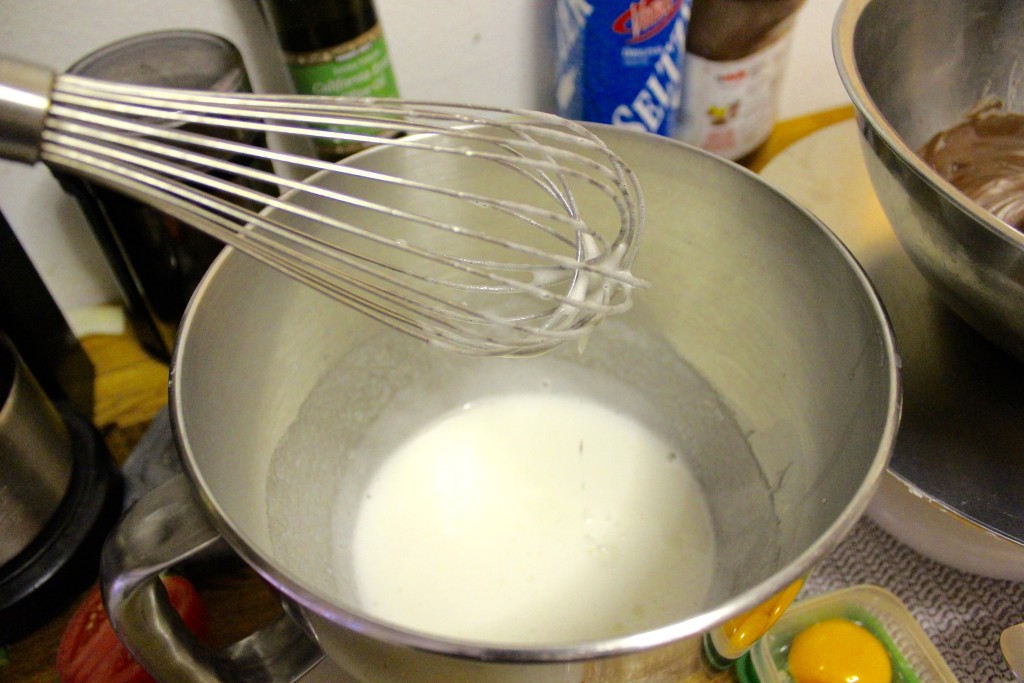 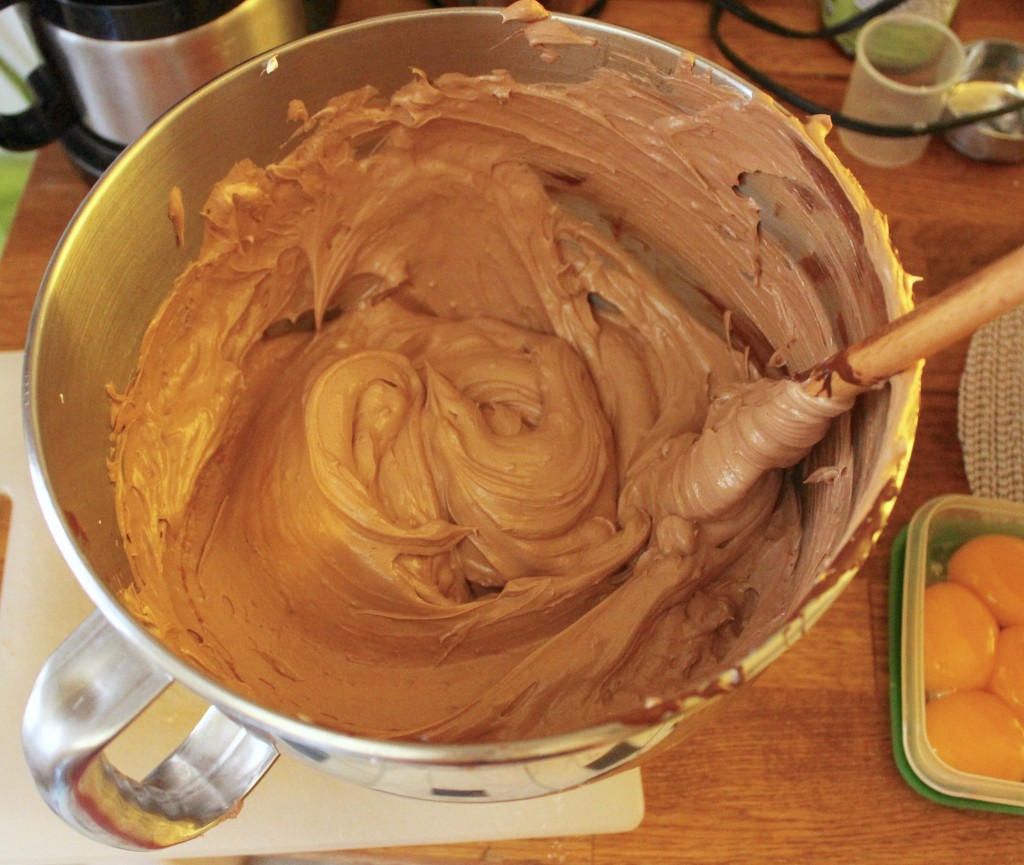 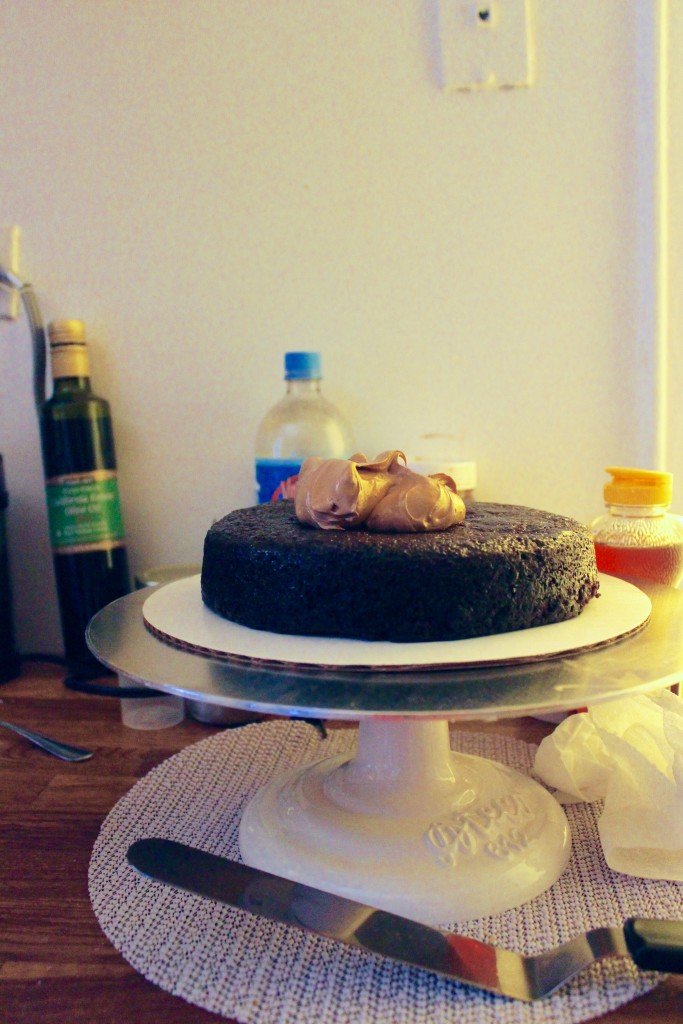 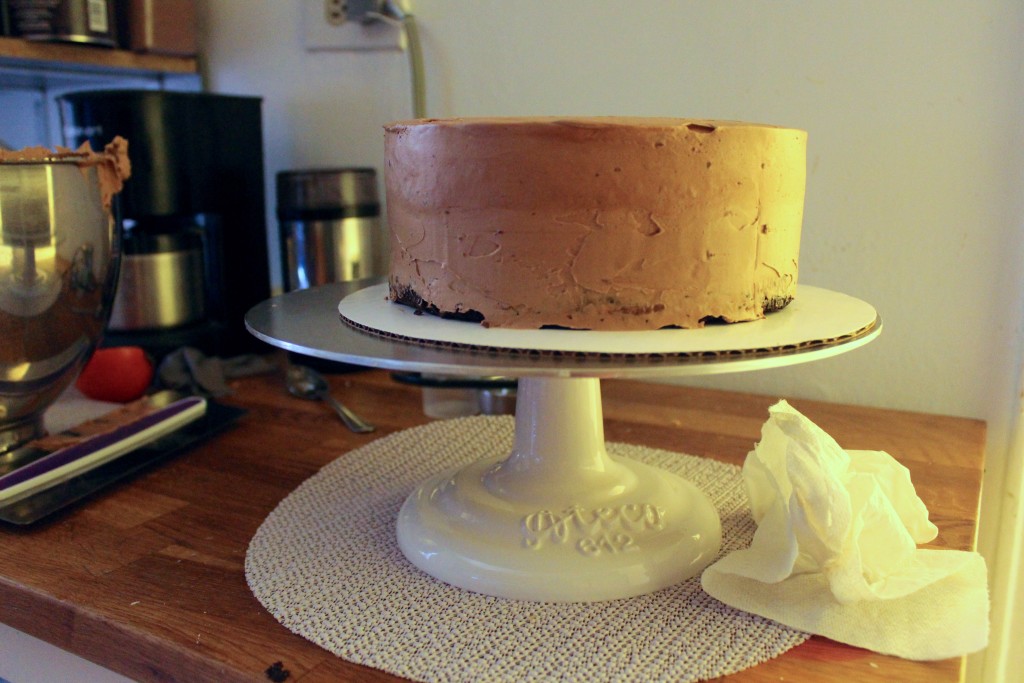 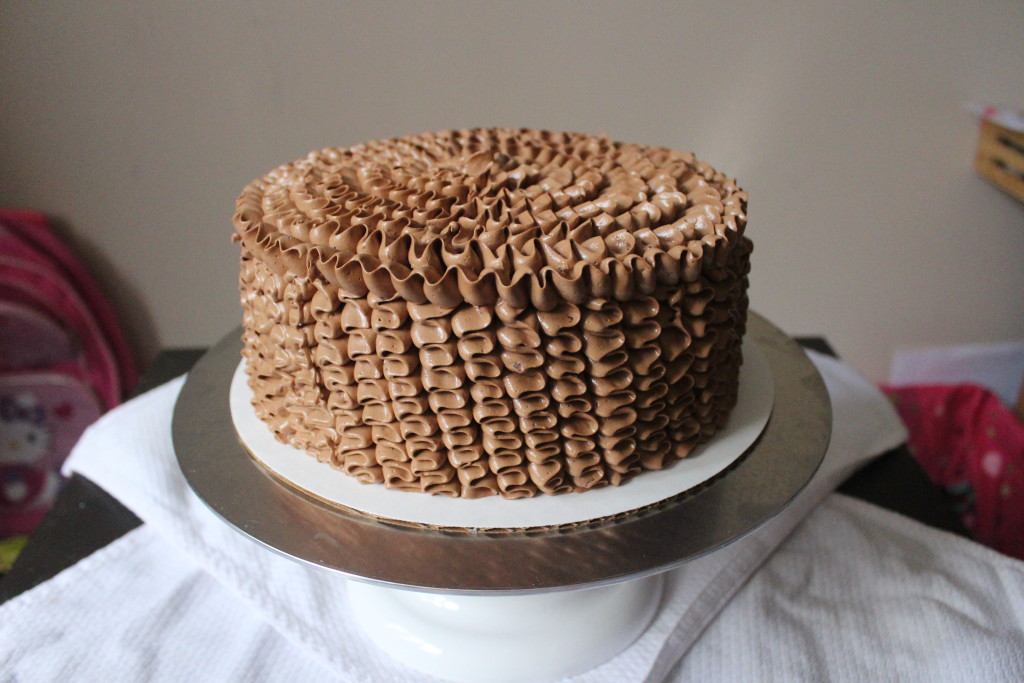 I was incredulous the first time I heard the words “Zucchini Bread” at my adopted Jewish grandmother’s apartment some 15 years ago. Her name is Sophie and she was my mother’s confidant, advisor, protector and friend for many years. She taught her the value of saving. She raised two children during the Depression. She told my mother, every week she set aside $0.50. She grew such a small sum into stake in a multi-million dollar company and a condo in a luxury apartment building in downtown Manhattan.

So when she talked, we listened:

Right on all counts. Take it one step further with chocolate zucchini cake. I was skeptical when a mom brought zucchini brownies to a play date. But it had such deep chocolate flavor! And it was moist! And magical! I realize that zucchini’s blandness kind of works in its favor in baked goods. Between that and the water content, it’s the perfect vessel for delivering a rich, moist, chocolate crumb. I was nervous as I folded the 3 cups into the batter, that those eating the cake would see slivers of green running throughout, but it melted right into the cake. And with that much veg content, you don’t feel like the world’s worst parent when your kid (and husband) reaches for it throughout the day.

*Dutch process cocoa, though harder to find, is essential for that deep chocolate flavor. When you use a quality cocoa powder, it makes all the difference between a standard chocolate cake and a gourmet one. Can be purchased online.

My daughter wants to be an astronaut…for now. For the sole purpose of being able to board a rocket and go to the mysterious presence in the night sky. I remember wanting to as well. Then I learned you have to pass a swim test. And psych testing. And you  need a PhD in math/science/engineering (the bachelors did me in).

And the job market doesn’t seem to be too promising for astronauts, since they’re outsourcing it to the machines [insert techno slur]. But she doesn’t know all this just yet. So for now, [CLICHÉ ALERT] she will just have her rocket cake and eat it, too.

For the inside, I used the classic chocolate cake recipe from Ina Garten (Beatty’s Chocolate Cake), baked in an 11×15 pan for 27 min. Except I did the usual substitution for buttermilk (1 tbsp white vinegar + 1 tbsp less than 1 cup of milk). And since the kids were going to be hopped up on sugar, I used decaf coffee. I’ve been doing  A LOT of reading up on cakes. And there’s no wonder why this recipe has over 1700 rave reviews and counting. There’s:

And yet with all these liquids, the cake holds up well enough to decorate. I used the guide from Spoonful on how to create a rocket cake. Just remember when you are attaching the “thrusters”, you have to flip cut parts down, and then over, so that the curve faces away from the cake. I added a little extra “flair”  with the leftover scraps (I could have eaten all of them myself, but my pants would hate me for it).

I also made two other cakes: banana cake with dark chocolate ganache for my daughter for the day of her birthday and perfect yellow cake with chocolate buttercream for a friend from college on her 30th (can you tell I’m a big smitten kitchen fan?)!

For the frosting, I used a concoction of my own: