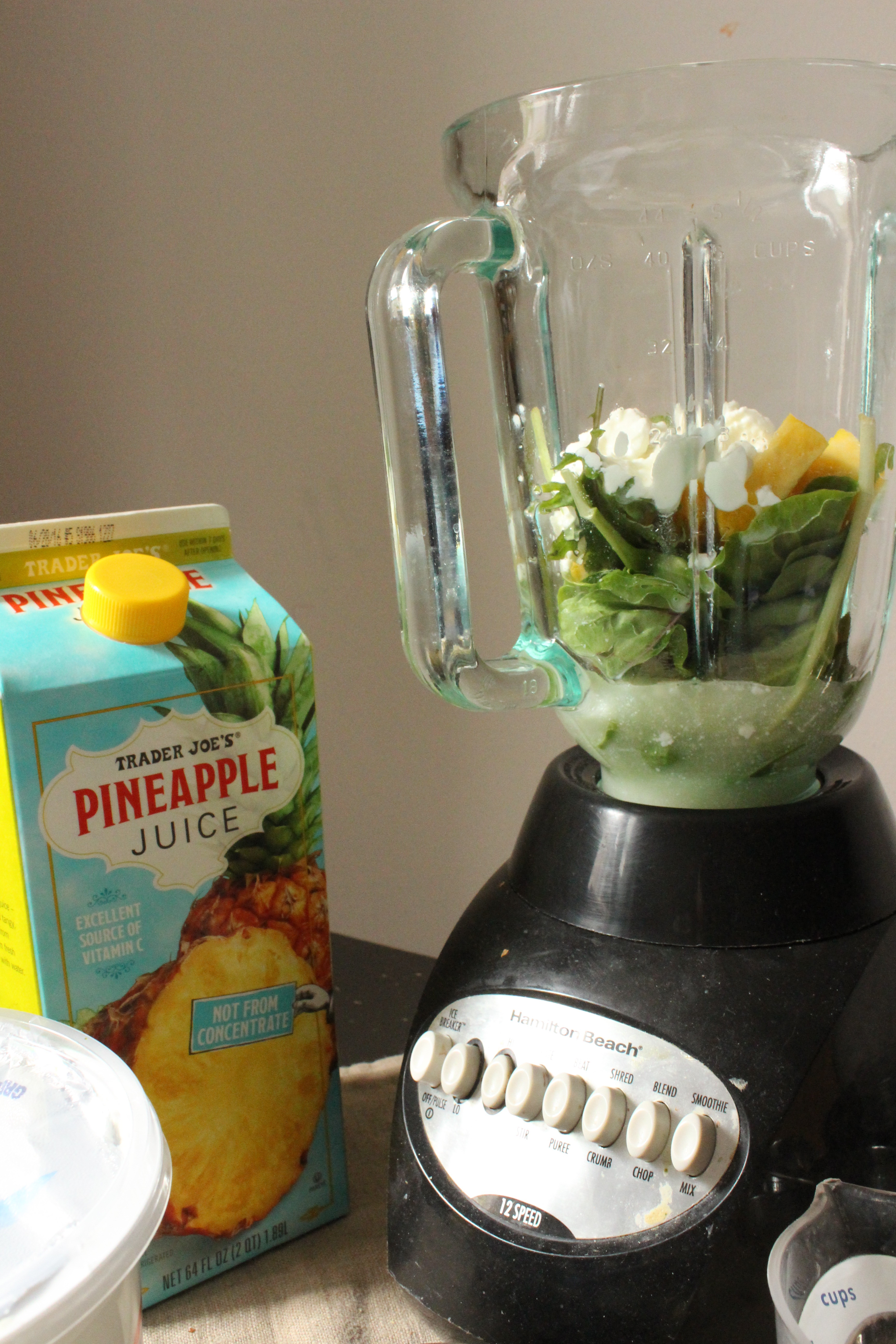 I just realized that it’s been 2 years since I lost the baby weight. I realize it because I’m slowly putting the weight back on (oh no!).

It’s hard being smaller than your natural dress size! I look at all the women in my family, and post childbirth, we are all at least a size 8 and pear shaped.

I’m 5’1 and for the longest time after my second kid, I was stuck at 129 pounds. Inspired by my Barnard classmate, Asiya Khaki, photographer and beach body coach, I decided to get in shape. I started doing 25 minute interval training workouts with FitnessBlender. I cut out sugar almost entirely. Subbed quinoa for rice in pretty much every meal.

I lost 17 pounds. It was amazing. My core looked better in my late twenties than it ever did as a teenager.

And then Ramadan came, and I couldn’t really stick to my 3 small meals plus 2 snacks a day anymore. And the tons of water to curb my sugar cravings. So things got out of whack. 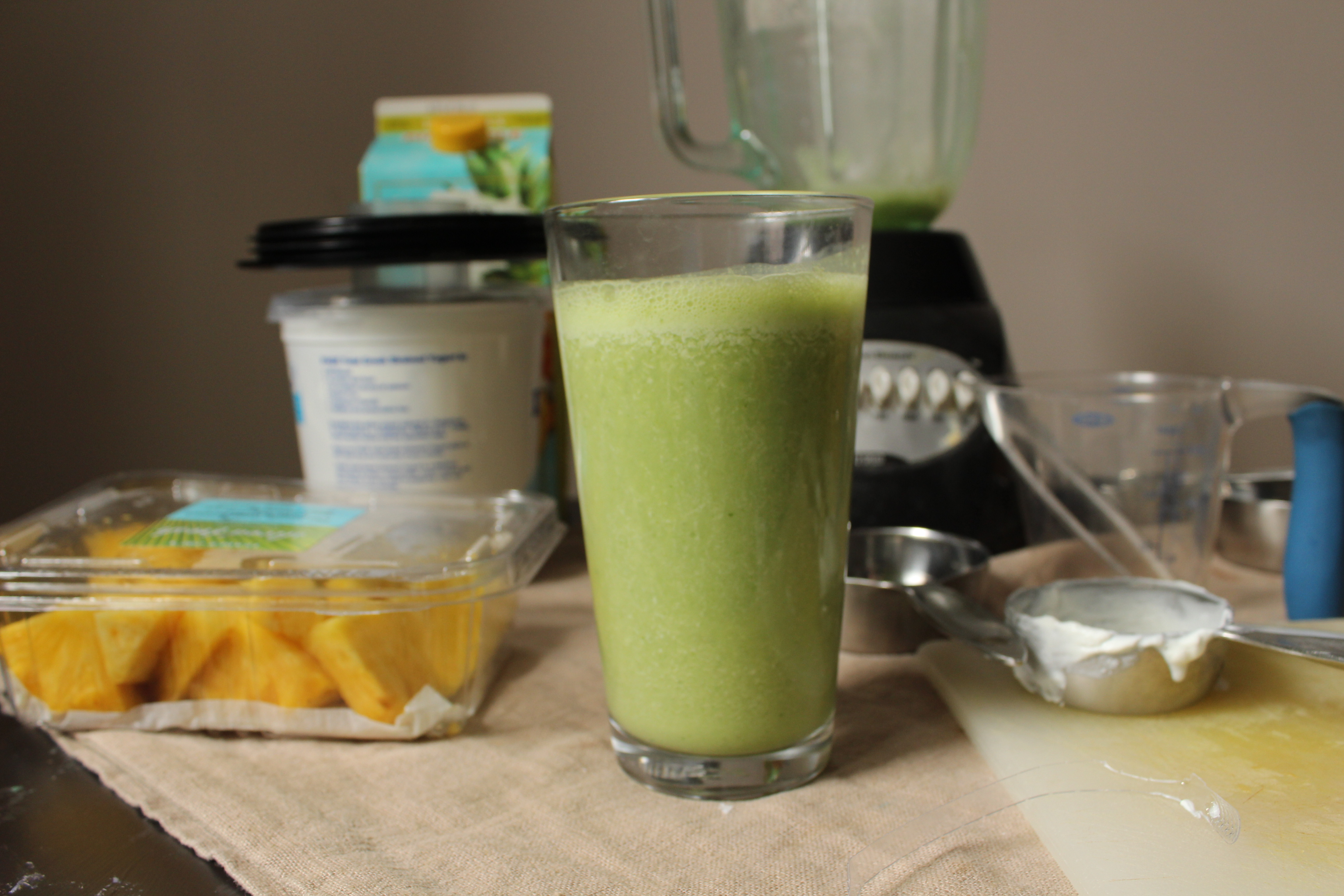 I’ve put 5 pounds back on since hitting my lowest (112). I still keep up with the exercise at least twice a week (trying to make it 3 times a week). But I’ve gotten back to some bad habits. Late night work = late night snacks. Busy schedules means less time to make my quinoa salad. More often than not I’m finishing up the kids pasta for lunch. And dinner.

And though I am eating carbs again, I still try to keep up with the nutrition. I buy a big bag of avocados early on in the week. I try to ensure everyone’s got a serving of vegetables at every meal, and fruits at their disposal any time of the day.

I feel like I just completed a marathon. Not the running kind, though there was a lot of physical activity involved. Running to/from the store. Planning, baking, cleaning, putting away, assembling, decorating on top of the usual taking care of 2 small children and managing a household. Before this past weekend, my cake orders were usually 2-3 layer 9 in cakes. Now I had to prepare 2 full sheet cakes to feed 200 people over two consecutive days. Luckily the other cake was an icebox cake that required lots and lots of chocolate wafers that I was able to store in the fridge. I was pretty much at capacity when I baked the first layer of this cake and froze earlier in the week.

I had previously made this as 3 layered cake. But the recipe needed tweaking in order to make it more sturdy and stand up to the demands of a sheet cake!

The customer requested pineapple filling in lieu of the cream cheese frosting, so if you like pina coladas then this cake is for you! I made two batches using the recipe found here. It was just perfect.

The groom to be, after taking a bite could only say “wow”. That’s right. I don’t strive to make the most over the top decorative cakes that look like your favorite handbags. I strive to make the best cake you have ever tasted, every time.

I should probably mention this was for a Bengali pre-wedding party called a Gai Holud. The writing on the cake reads “Jamil’s Gai Holud”. It’s a tradition wherein the bride or groom is rubbed all over with turmeric paste and then bathed publicly (with the Bengali equivalent of a bathing suit on).  Here in America, we do a more symbolic version. Bride/groom sits on some decorated platform with an array of sweets in front of him/her. There is a bowl of turmeric paste that is rubbed on a small portion of his or her face, then wiped off.

This is how I prepped the board for my 16×22 in cake. Because apparently they make pans in that size, but not cake boards or cake boxes. Lame.

I don’t usually do crumb coatings, but because I made the amount listed in the original recipe, it wasn’t enough to properly frost a cake of this size, so I used it just to cover the surface. This cake is very tender, very moist, so it needed the crumb coating.

The real challenge was in getting the second layer onto the first. The first layer was just inverted by placing the cake board on top of the sheet pan and flipping. But the second layer was not as trivial. I stood over the first layer, second layer in hand for like 5 minutes taking deep breaths before going for it. And it didn’t align evenly! Although I held the cake in place by the bits of parchment sticking out of the edges, I couldn’t fully control how it flipped out of the cake pan so it came out slightly rotated down (by like 10 degrees). I sawed off the parts that stuck out on either side and sort of glued it onto the barren sides with frosting.

It worked. The guests were none the wiser. Til now, of course.

Traditional henna patterns as decoration and toasted coconut flakes all around for that extra oomph.

Recipe adapted from A Taste of Home. Please note I made two batches of the recipe below for my 2 layer sheet cake. I used the frosting from the link above (also 2 batches). 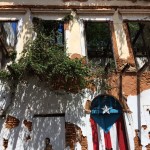 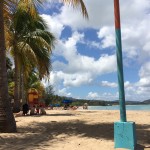 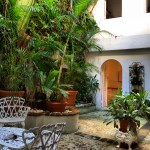 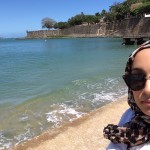 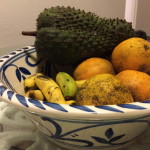 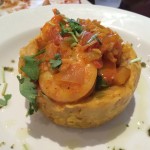 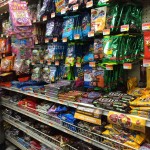 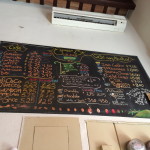 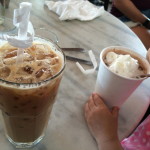 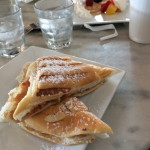 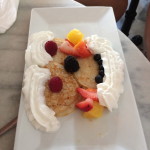 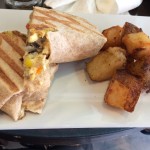 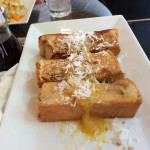 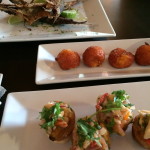 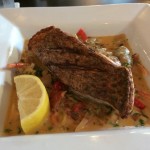 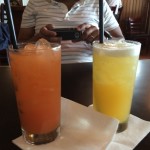 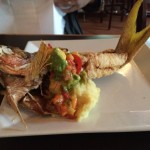