I’m baaaaaaaack! After recovering from hosting Thanksgiving dinner, I’m back in the kitchen making some of my favorite things: small bites, filled with butter, sugar, then topped with more fat and more sugar. Yeah! Just in time for the holiday season, I’m whippin’ out my trusty old “100 Best Cookies” catalogue from Better Homes and Gardens that I got way back when I used to live Poughkeepsie (2010). I don’t celebrate Christmas, but I love all the holiday baking that comes along with the season.

I’ve also been watching a whole lot of The Great British Baking Show so I’m super inspired by all the different creations I see on the screen. What shall I bake next? A Stollen (a German holiday bread studded with dried fruit with a marzipan center)? A chocolate twist bread? Chocolate revel bars? I’m enjoying the down time to explore cakes’ buttery brethren – though I’ll be back in the kitchen baking cakes as of tomorrow =). 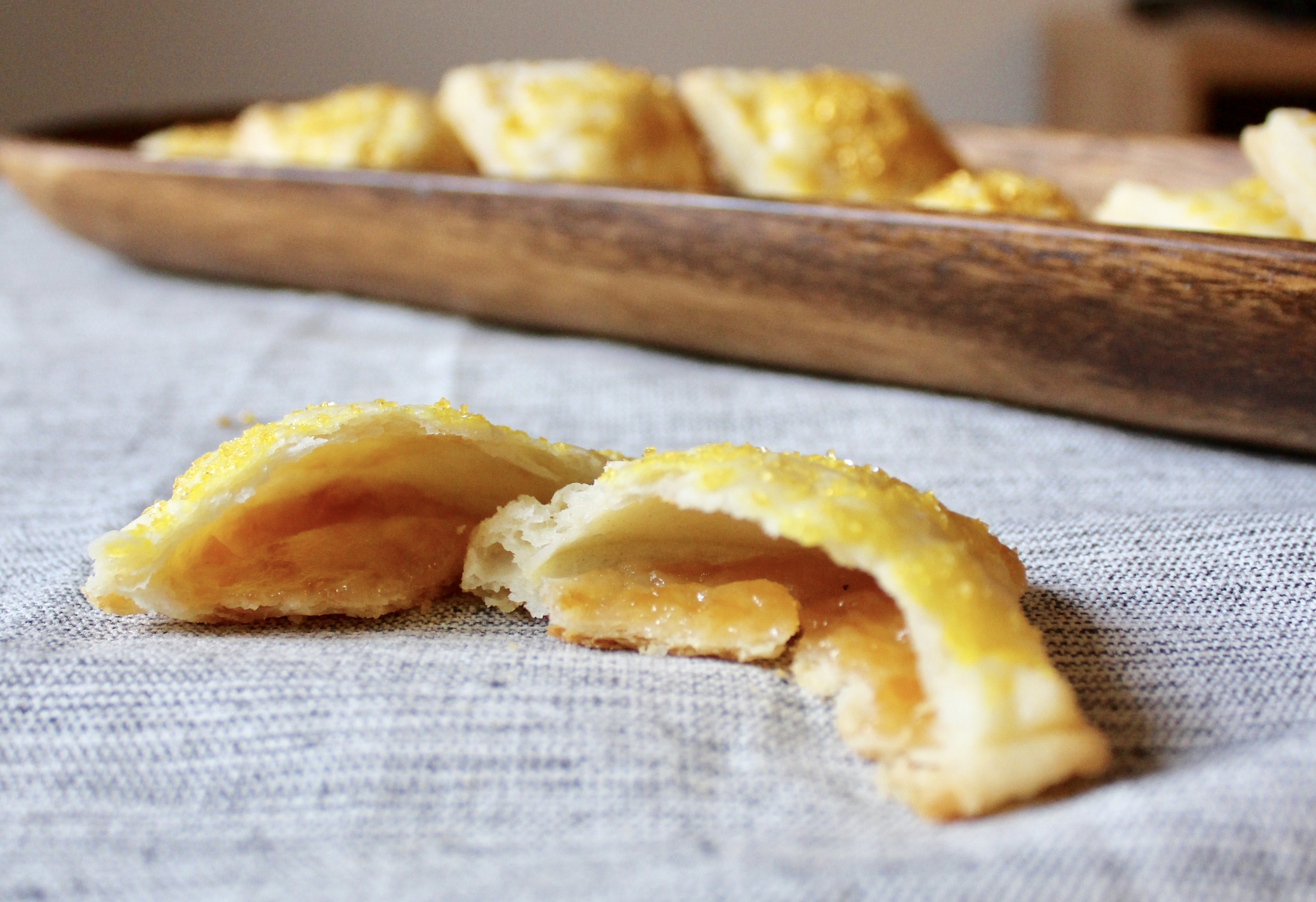 I was fascinated by this recipe. Most pastry dough requires skillful combining of cold butter and flour in order to achieve flaky texture, but this fool proof dough creams together butter and cream cheese and mixes in flour. Somehow they puff up in the oven and look like glorious buttery pillows. The best kind of bedding I’d say! I did something sneaky and subbed mini chocolate chips for the jam in some of my later pillows. Hope you enjoy these as much as my friends and family have!

I bought quinoa a week ago. I still don’t have the guts to prepare it, out of fear of what happens to unfortunately too many of my experiments in healthy-food-ness. Make it. Eat some the first day. Then a day goes by: everyone opts for the other options in the fridge. Another day goes by: my mom brings over a vat of chicken curry. Another day goes by: take out time! By day 4, no one will be eating what they hadn’t eaten the past 4 days (my chia seed pudding is currently suffering that fate)! So while I procrastinate on the quinoa, I tried to make some healthier substitutions in my usual banana bread. After going through Mastering the Art of French Cooking, I was all like “yeah! butter! if french people can douse their food in it, why can’t we?”. Then I read an article that scared the pants off of me about saturated fats. So what to do?! There’s got to be a balance between the Paula Deen fried mac’n’cheese-wrapped-in-bacon death on a plate and quinoa/kale/green smoothie diet.

So, here is my answer. Banana bread. I know bananas have a bad rap for the amount of sugar in them, but hey, they have potassium. That’s important, right? Personally, I’d rather eat natural foods with natural sugars (like coconut water) and vitamins/minerals than an artificially flavored protein shake to curb my appetite! So, on to this bread. Does it have sugar? Yes. But there’s fiber from the date and whole wheat flour. Does it have fat? Yes. But it’s coconut oil and supposedly the saturated fat in that is better for you. And nuts! Good fats that keep you full longer! I cut the amount of sugar from the original recipe by a 1/2 cup. If you’re rolling your eyes at me at this point, I’m ok with that. This isn’t a cake baked in a loaf pan that you can call a breakfast. It’s hearty. It tastes good. And you don’t have to feel guilty for having a slice. Have it with a glass of milk for a snack, or with coffee for breakfast.