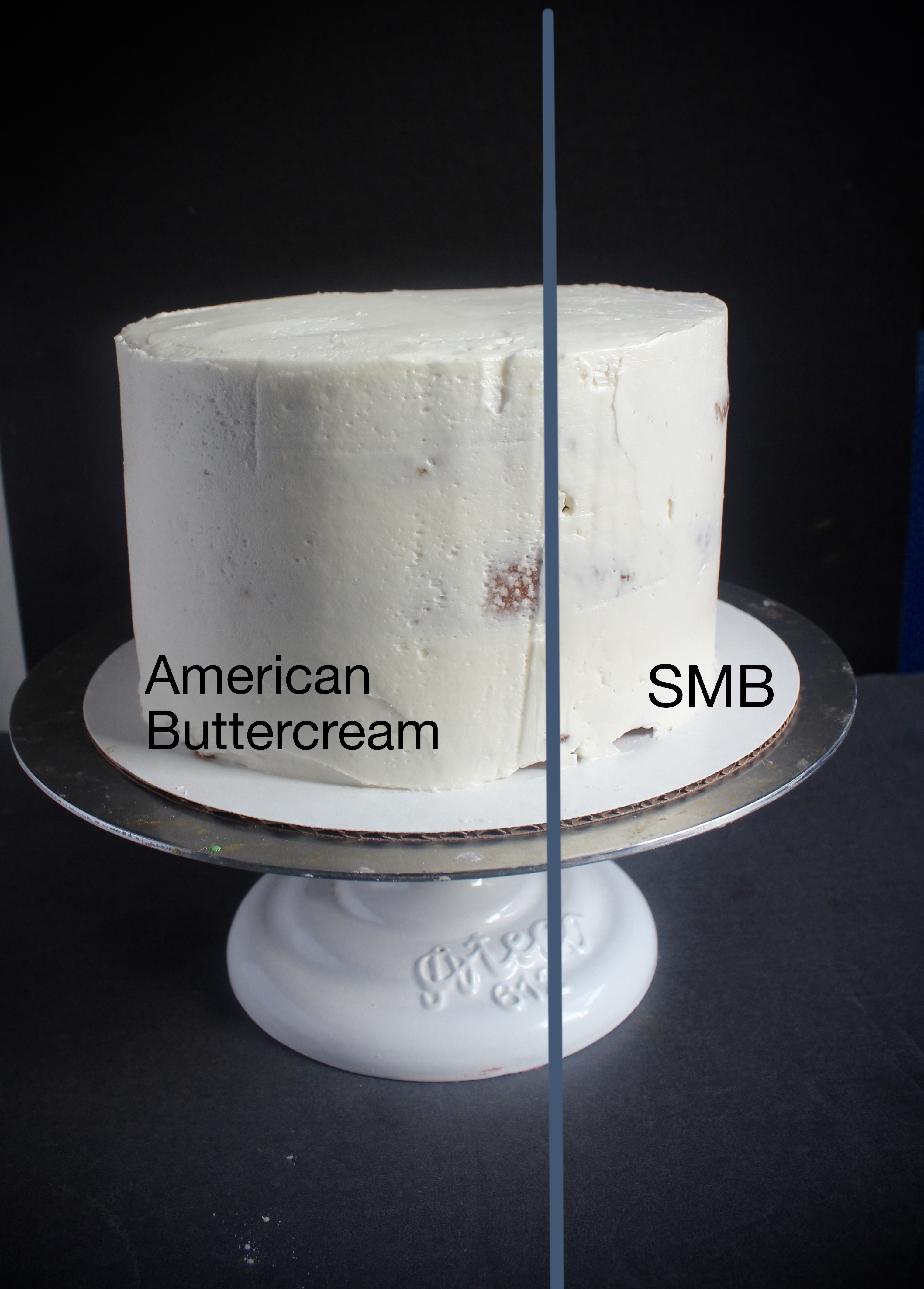 When I first start baking and cake decorating seriously, there were so many, “I’d never do that.”

But I’ve come around on a lot of things. Example: expanding my frosting repertoire to include Swiss Meringue Buttercream. Hailed for being the King of Stability and frowned upon by many for lack of taste. It is not as sweet as the American Buttercream (AB) we are used to, and gets most of its structure from whipped egg whites rather than beaten butter/sugar, so that it’s airy rather than creamy. But man, it is a cake decorator’s dream. Just look at the picture above: the AB is so much more porous. Honestly, when I first thought up the idea for this post, I thought the difference would be much more pronounced. But I guess after frosting and smoothing dozens of cakes, I got the hang of it with both types! 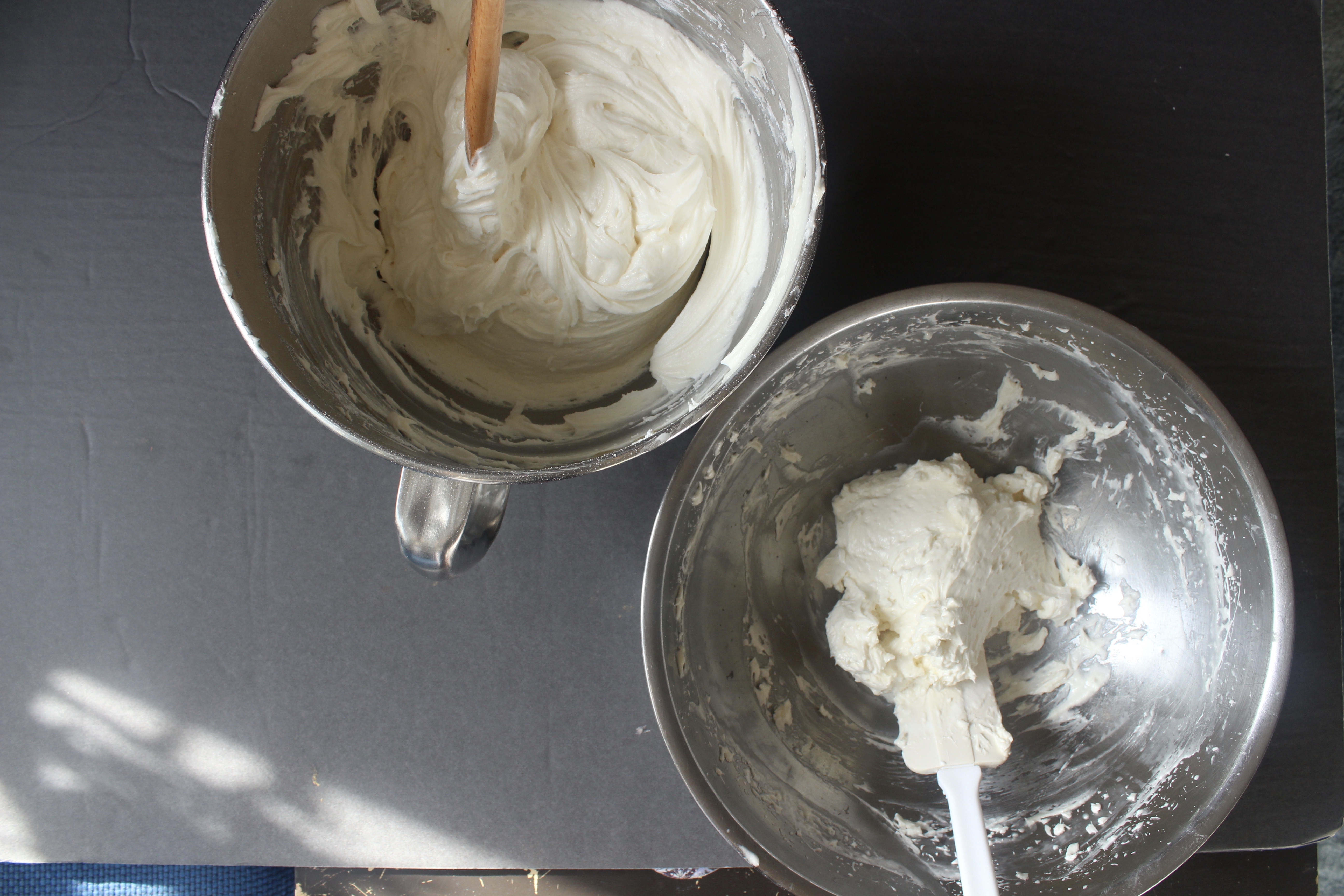 To make Swiss Meringue Buttercream, you start with heating egg whites and sugar in a double boiler until the sugar dissolves. You then remove it from the heat and whip it in your stand mixer with the whisk attachment until the mixture cools to room temperature and has the consistency of a soft-peak meringue. You then add the butter, a little bit at a time, until it looks like a curdled slosh. Keep beating until it congeals (see picture). The result is a super smooth buttercream that spreads like a dream. And because it has the protein from the egg whites as a base, it won’t just melt in a warm room like butter would. As long as it’s done right. And boy have I done it wrong:

You name it, I messed it up in that way. 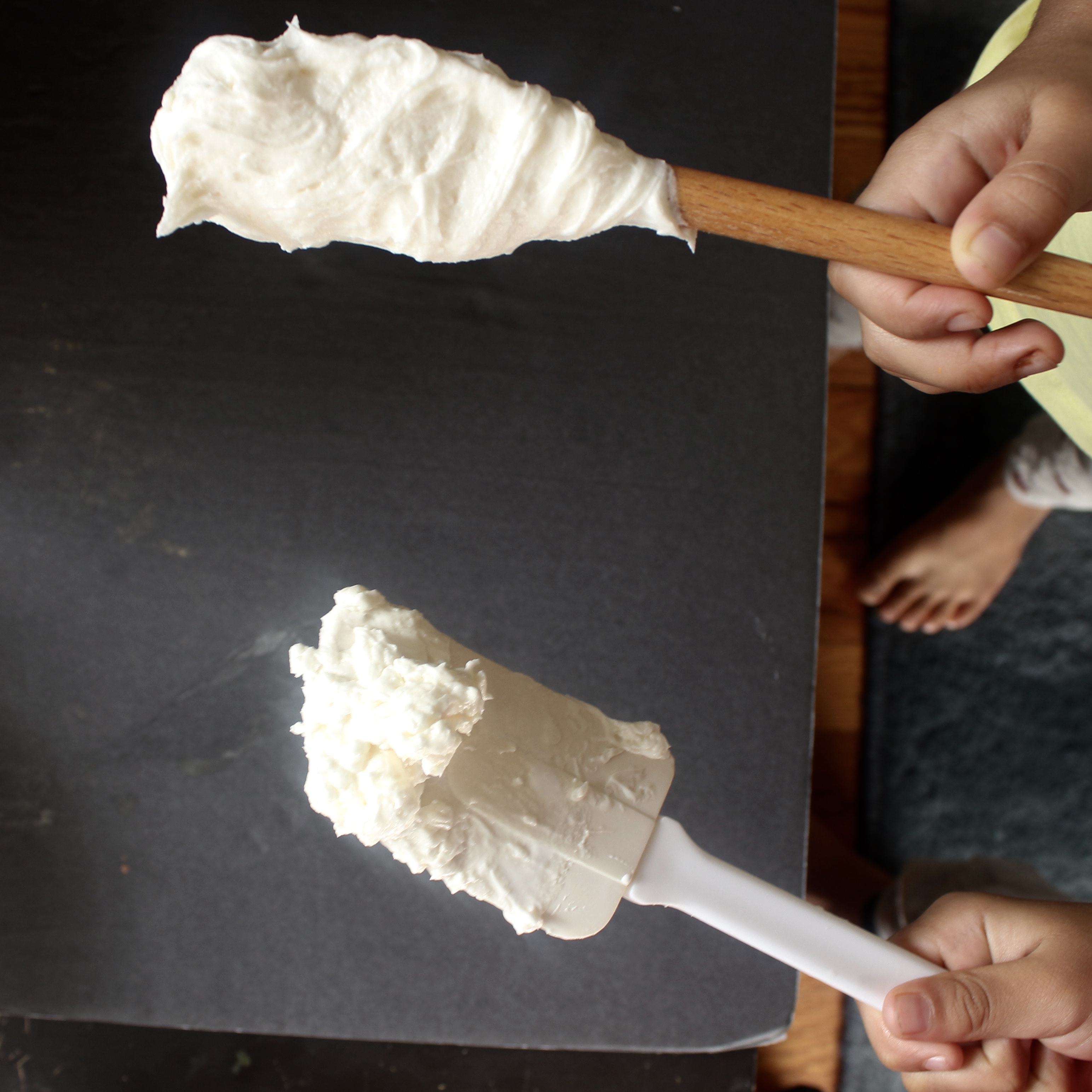 To correct for the less than desired sweetness, I like to add a syrup of some sort at the very end:

This is the base recipe (from Smitten Kitchen):

*You can make this with a hand-held mixer. Just be prepared for your arm to get tired from holding it up for 10-15 minutes =)