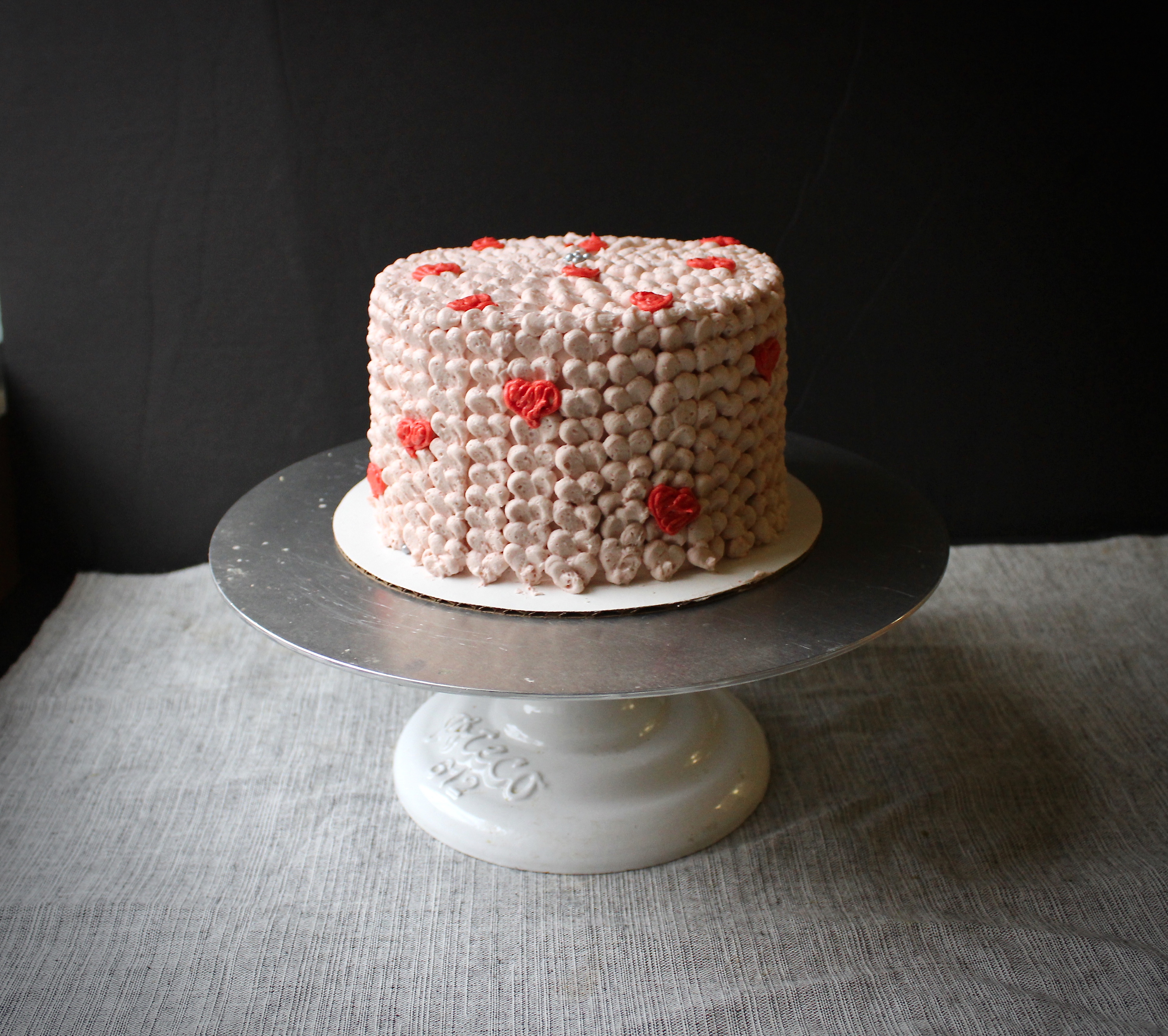 I find myself craving less and less the city’s top dessert spots. I used to LIVE for post dinner dessertscapades. But these days I wonder, why spend $11 on a dessert that you can whip up at home, exactly to your liking, and share a pretty picture of it on IG? Ok, maybe we’re not all in the same boat here. But lately, when I go out, chocolates desserts aren’t chocolately enough, flavor combinations that were fun for a while started feeling like a bit of a reach (black lava salt? spicy chocolate?). 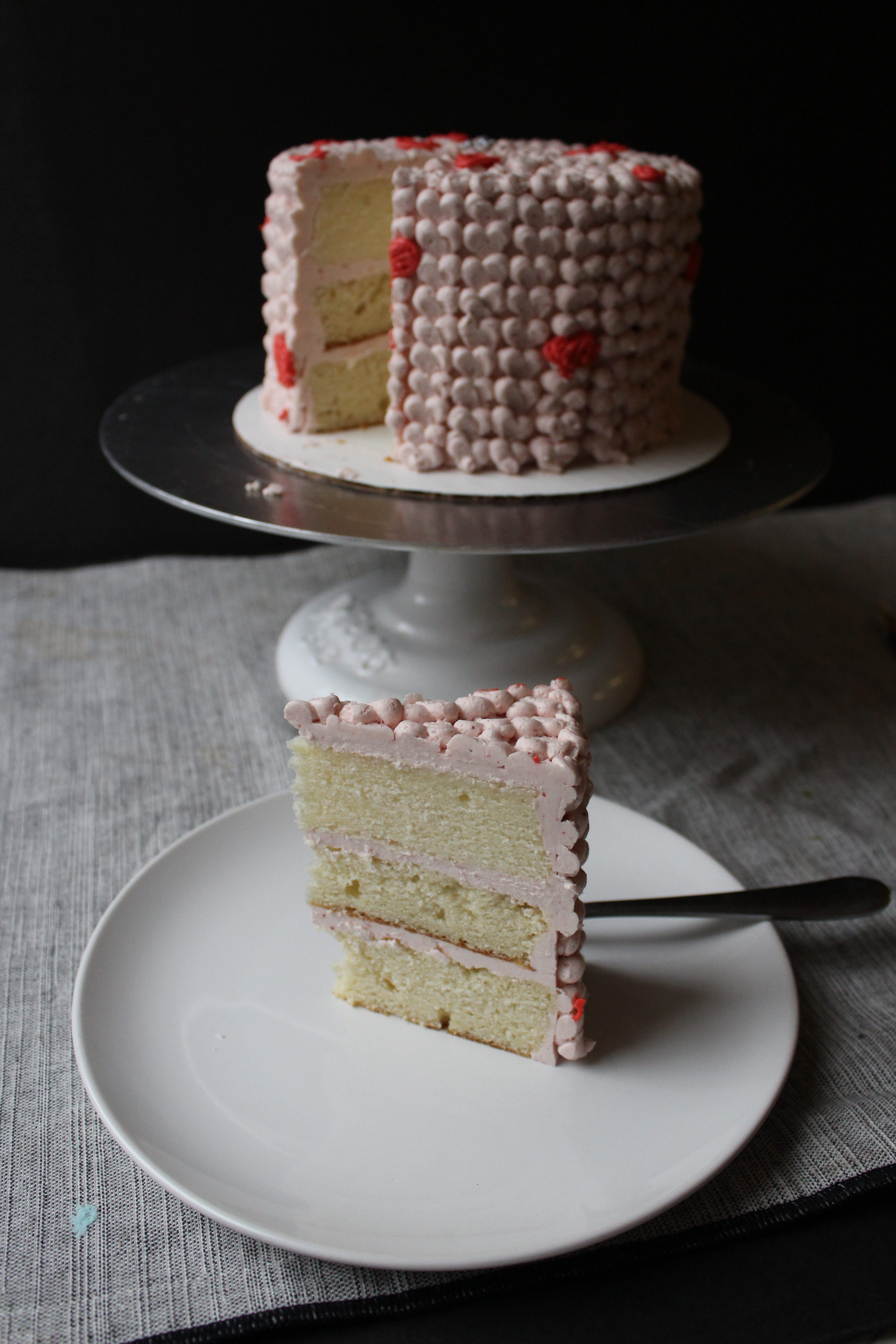 I want to y’all to be in the boat with me. Make fabulous desserts, tailored to your tastes. Make your dinner guests oooh and ahhhhh. We’re on our way there. Today, I’m sharing strawberry swiss meringue buttercream. A naturally strawberry flavored, sophisticated topping for cakes, mousses, trifles and the like. It’s as delicious on chocolate cake as it is on vanilla. 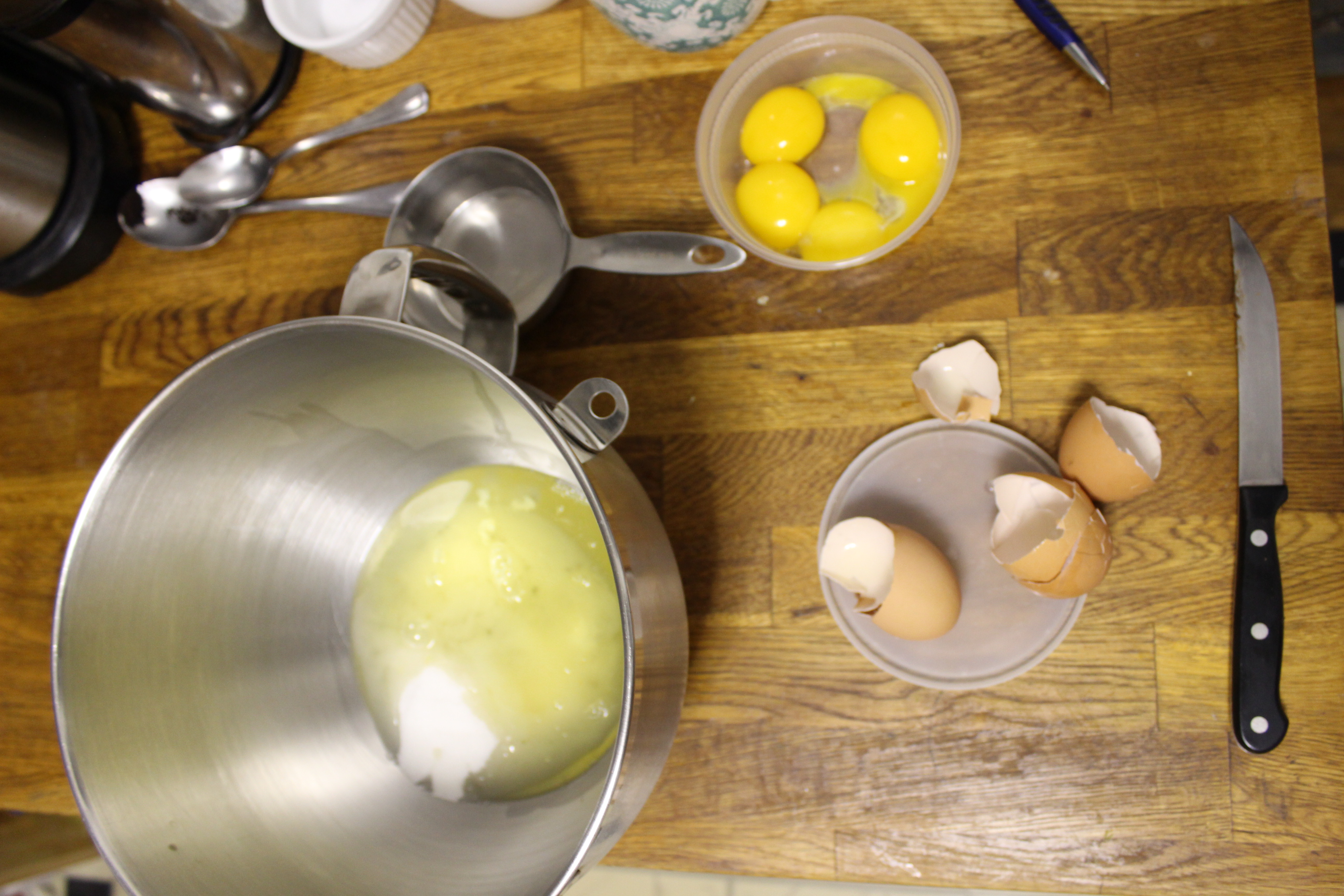 I have so many other desserts in the pipeline I want to share with you. I want your suggestions! What do you want to see? A milk tea tres leches? A green tea mousse cake? A star anise/cinnamon citrus pound cake? 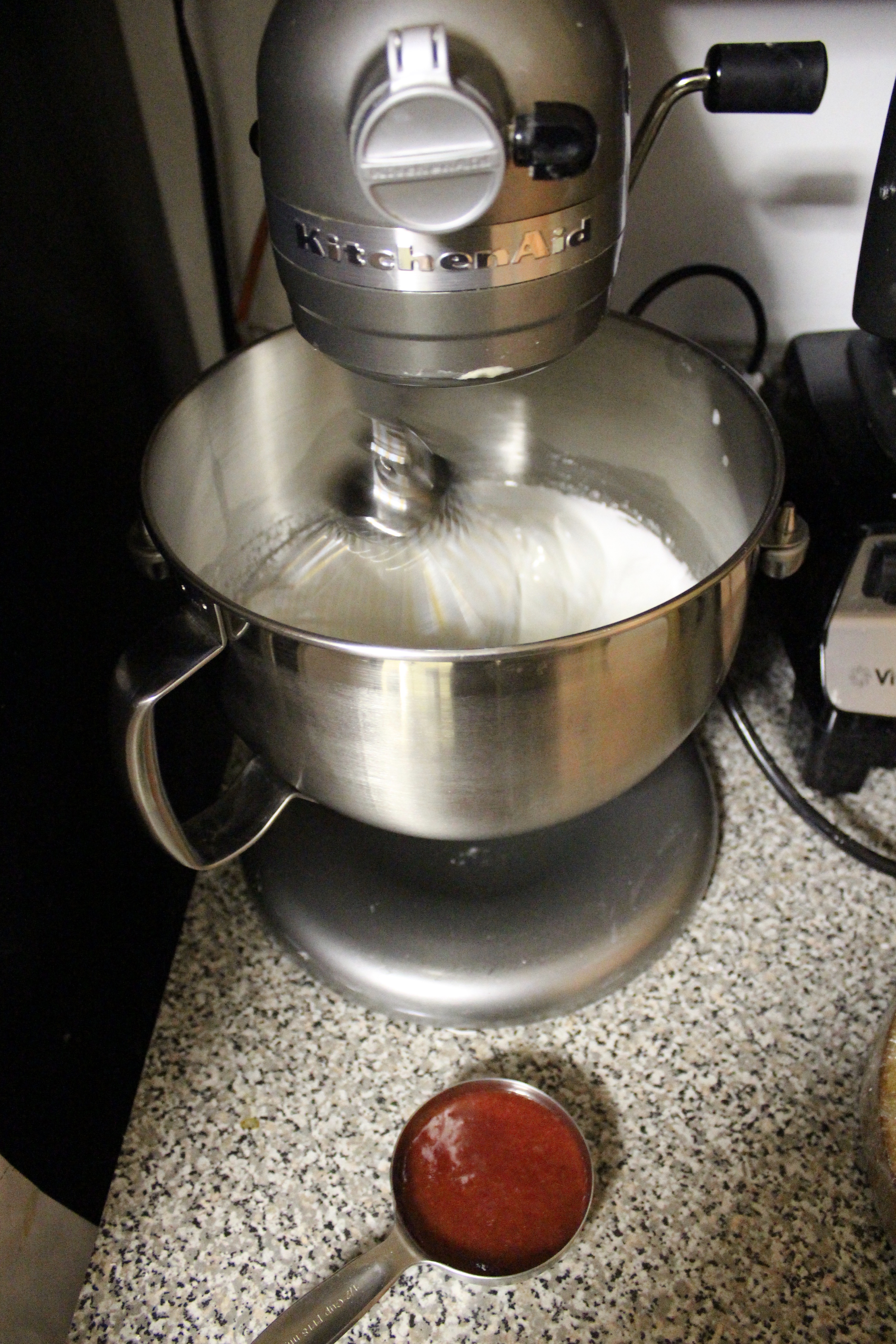 If you’re never made swiss meringue buttercream, it is a game changer for frosting cakes. It’s in the same class as Italian meringue where there is some combination of egg whites, sugar and butter, for a lighter, smoother buttercream than one that’s made out of butter and powdered sugar. When you start spreading it on the cake, it’s like silk. No other way to describe it. It’s traditionally less sweet than American buttercream, so I like to up the flavor and sweetness with extra extracts and even some corn syrup (astaghfirullah I know!). 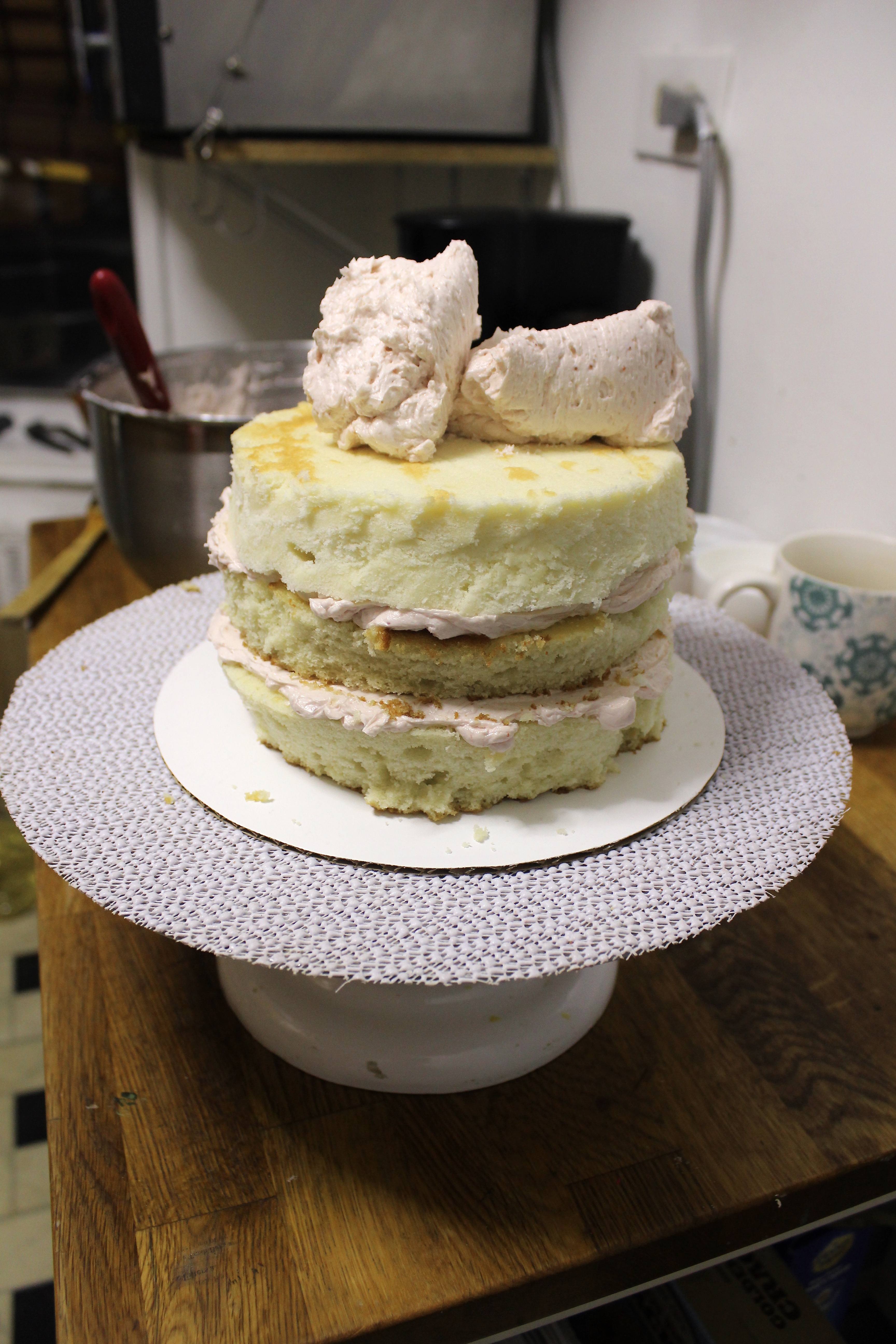 This makes enough to fill and frost a 6in cake generously, so you’ll have some extra leftover for piping decorations. I used a #10 Wilton tip to pipe little hearts for Valentine’s day. Then, because I had some red frosting leftover, outlined some of the hearts sporadically for a fun look. Topped with some silver dragees, it was ready to serve. 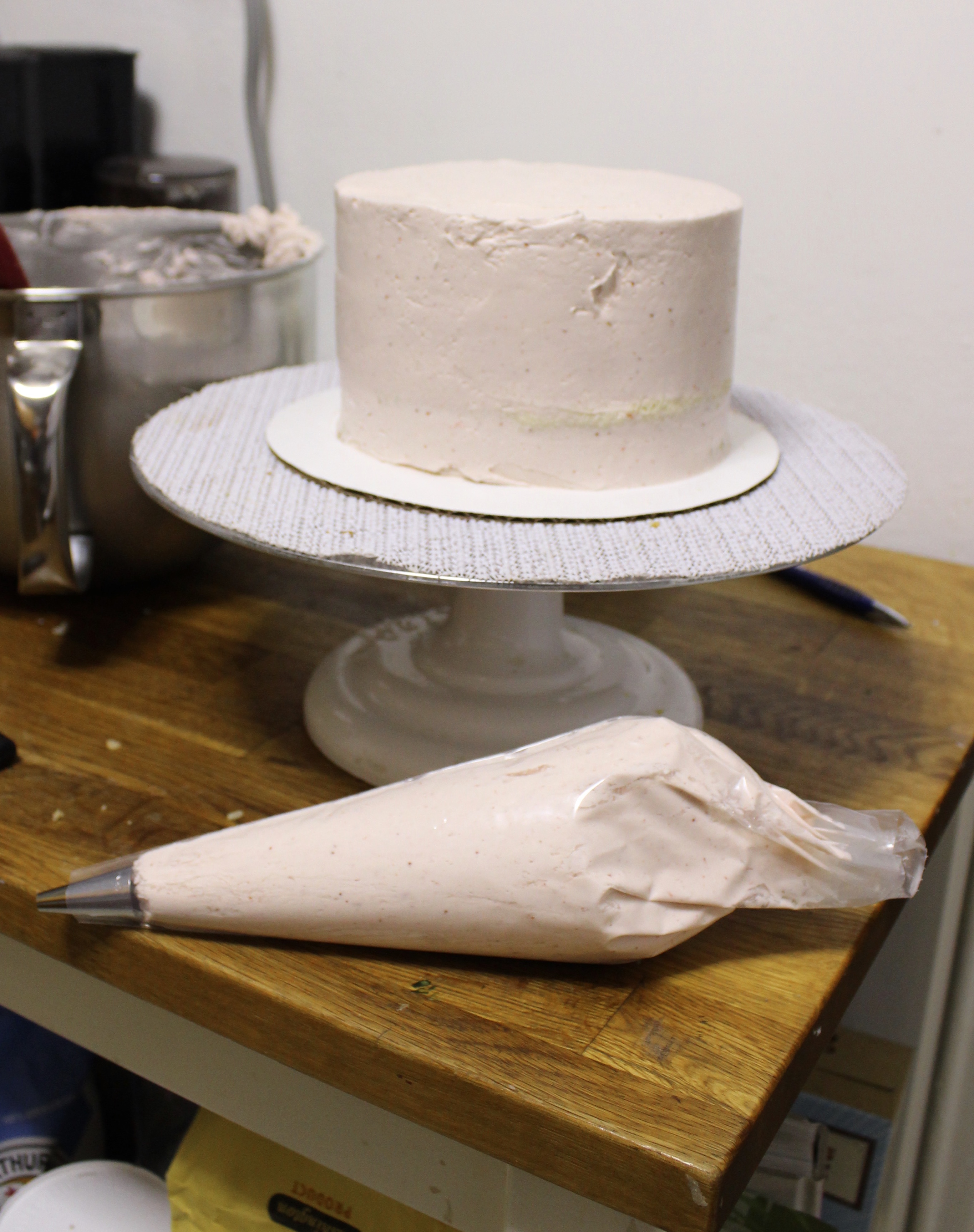 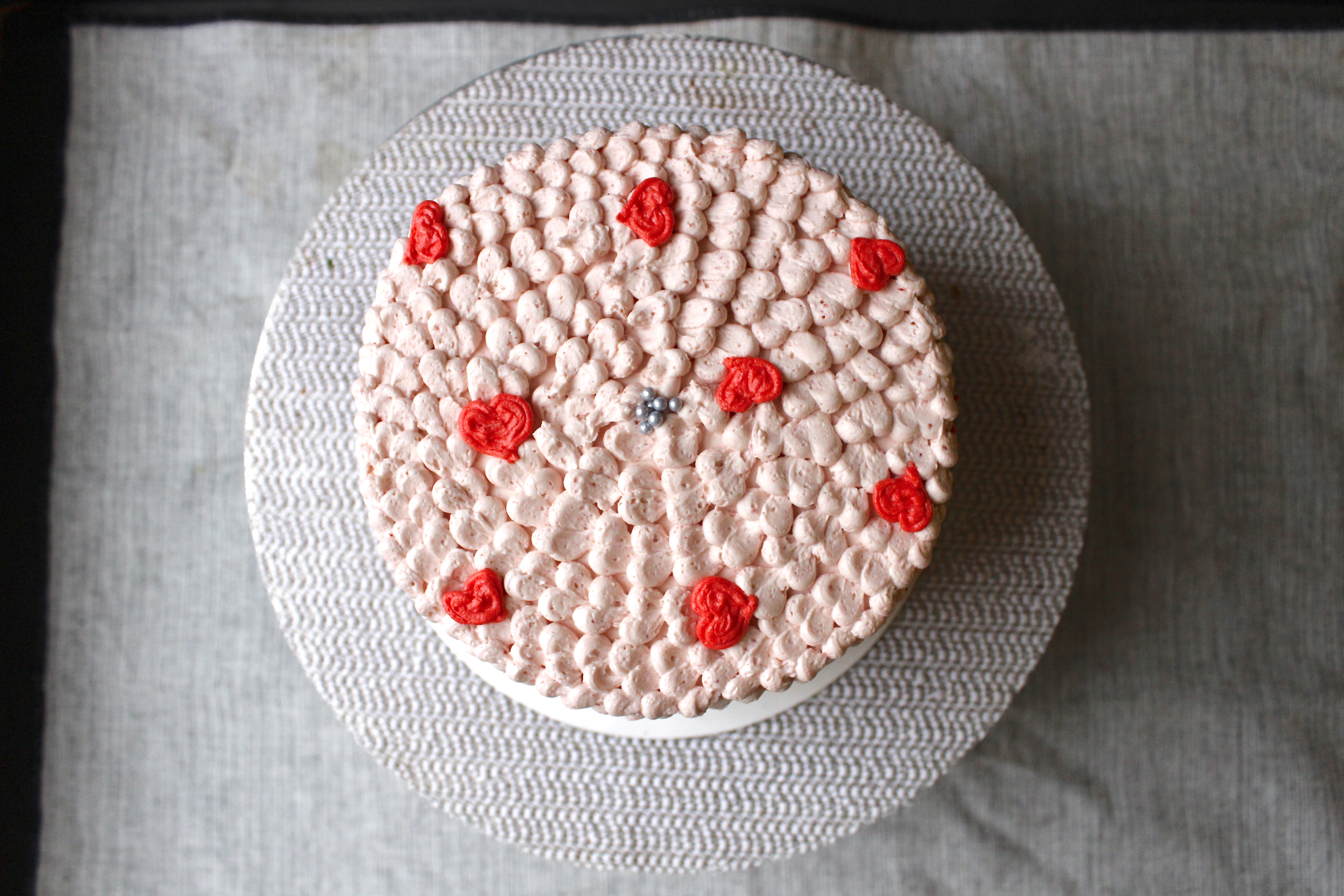 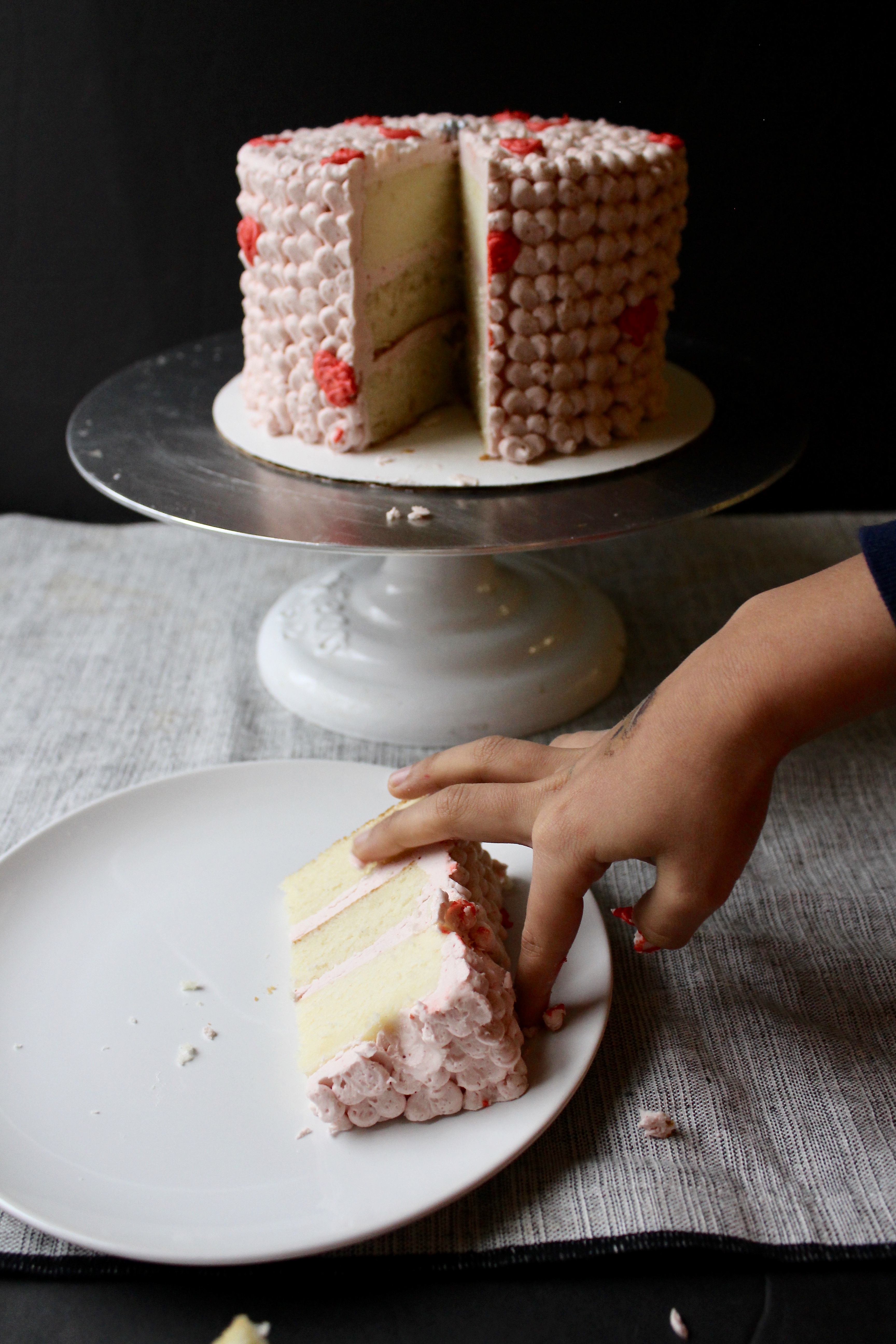