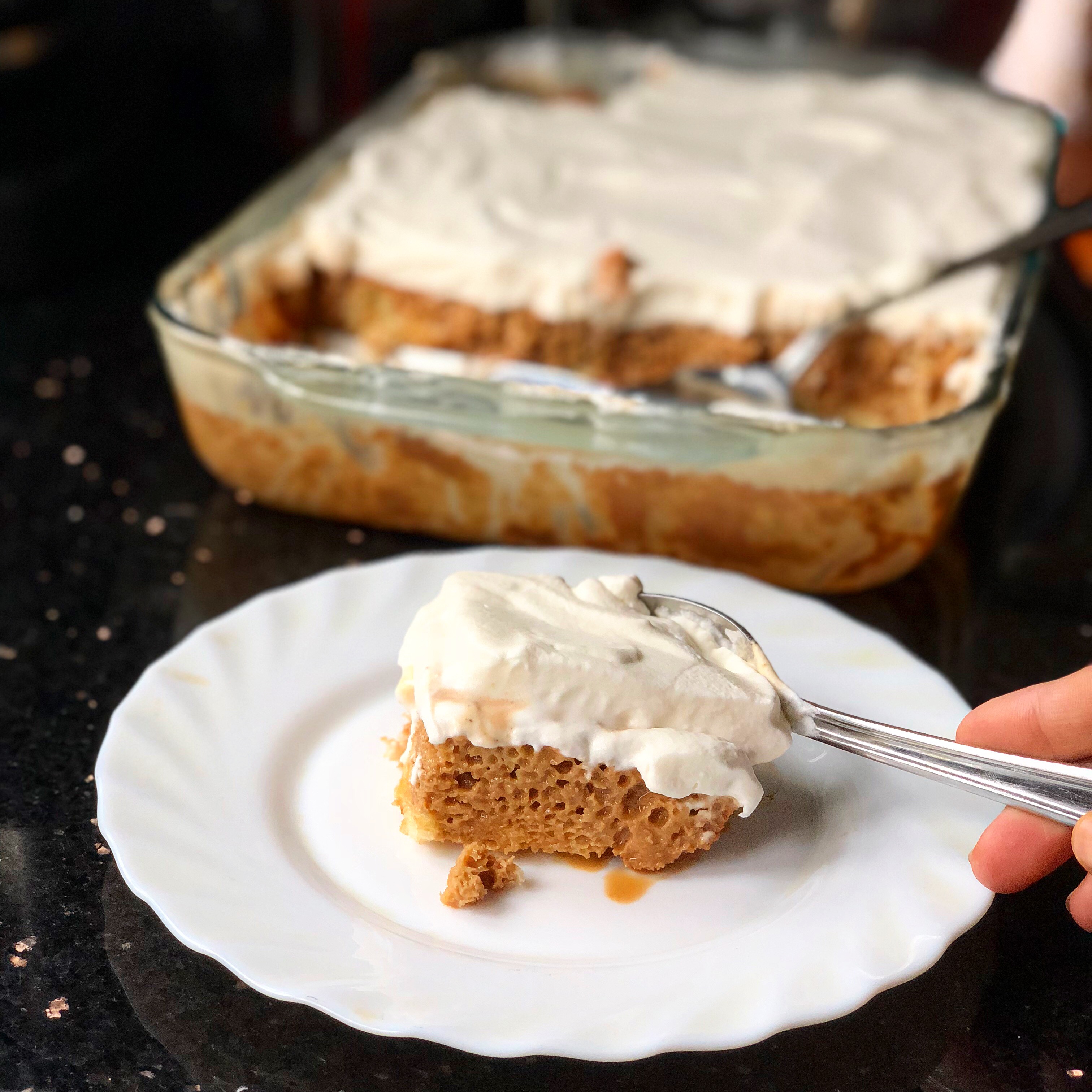 *Ungreased because in my experience, cakes that rely heavily on beaten egg whites for lift sink substantially after taken out of the oven when the baking pan is greased.